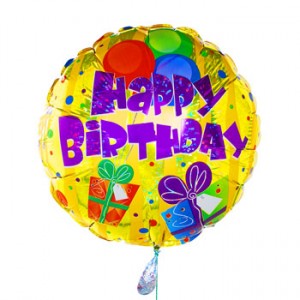 My good friend Eric Raj has connections over at the E! television network. For a birthday present, he arranged for us to go see our favorite E! show being taped, The Soup. 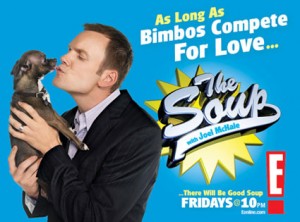 To celebrate my 29th, I took a half day off of work and hung out with my wife. The E! channel is in Los Angeles, so we headed down there early to beat traffic. We hung out on Melrose for a while, didn’t buy anything. After shopping we ate vegan hot dogs and drank cokes at the world famous pinks. 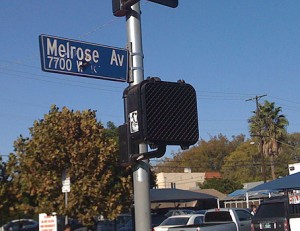 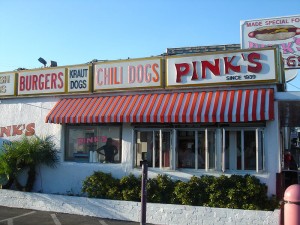 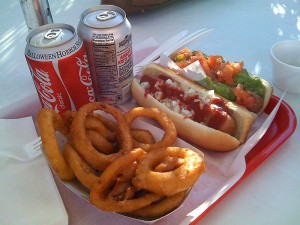 We got to the E! studios about an hour early, so we hung out and walked around. I was blown away that the channel G4 and E! are in the same building. I love G4 even though it has been going down hill for years. I would love to be a host on x-play or attack of the show, or heck, even have my own show! I looked high and low for Olivia Mund, but came up empty. 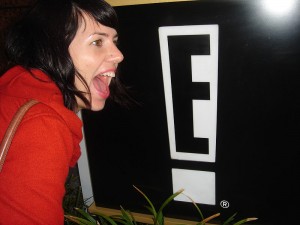 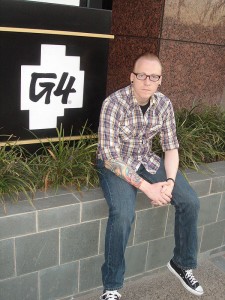 Finally one of the Soup staff members came into the waiting area and told us that the crew was having difficulties, and it would be another hour. We waited patiently, and our patience paid off! Joel McHale, the host of The Soup came out and hung out with everyone. It was awesome watching him make fun a a drunk guy and his wife to their faces, and not have them realize it because they were so star struck/drunk. The drunk dude took our picture with Joel though. 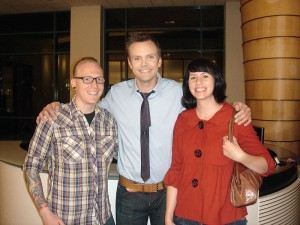 I talked to Joel about how our dogs, Moose and Samson are friends with the producers dog, Lou, on myspace. It was a totally random conversation. Amy and I were both bummed out when we found out that Lou wasn’t going to be on the set for our taping. Amy had plans to steal him away when no one was looking. It was going to be the perfect crime. 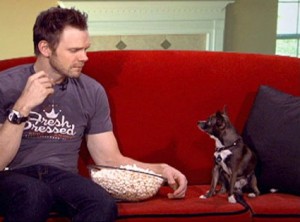 They finally let us in and the taping began. It reminded me a lot of how Florida and I record the notpop podcast. They didn’t really stop unless something really went wrong. That made recording the 20 minute show take only about an hour to film. 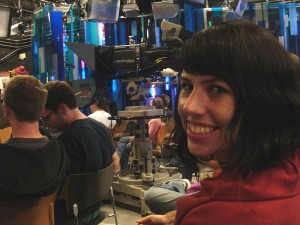 Over all we had a great time, and I look forward to doing it again if we get the chance. Maybe the next time that I go back to the studio, it will be for a show on G4. ha! 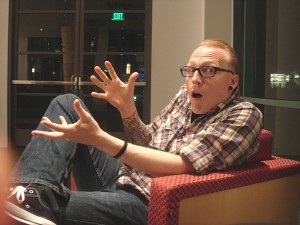 Thank you Eric Raj for the rad birthday present!