Keeping with tradition, here is the list of goals I have for 2015:

For the last few year I list the goals that I would like to achieve for the year. With this post I’d like to take some time and see how many of my 2014 goals I managed to achieve.

Get more involved in Bitcoin and other cryptocurrencies

2014 started off with massive bitcoin hype. I jumped in with both feet and built a bitcoin mining rig, I called it “miner threat”. The price tag for the parts was about $5500. After a few short months, the mining rig was costing more money to operate then we were mining. Overall, mining bitcoins was fun, but not profitable. I can say however that I used bitcoins to pay a ransom to Russian hackers! Grade: #win

2014 was definitely the year of the wearable and I embraced it. This year I tried the following wearable devices.

Google Glass was the biggest loser of the bunch with few apps, poor battery life and limited usability. Everyone I know who had Glass has ditched it. My favorite wearable was the Misfit Shine. The Shine is a beautiful wearable and I loved wearing it. The down fall of the Shine was the poorly designed wristband that lead to me losing the tracker. I replaced the Shine with the Misfit Flash. The Flash is an extremely cheap version of the Shine, but features an improved wristband. Last week I received my Spire tracker. Spire is worn in the waistband of your pants and tracks your breathing patterns. It detects stress and calmness. I really like the Spire, and I’ll be interested to see the data of my breathing habits. Honorable mention goes to Muse, the brain wave tracker. Muse is very interesting, but hard for me to get into. I like the idea of training myself to live in a calmer state. Moving into 2015, the Misfit Flash, Muse and Spire are the only devices I plan on wearing on a daily basis. Grade: #epicWin

Work on educating people more about MFA and account security

Account security and MFA (multi-factor authentication) has been central to my day job for the last few years. Okta is a cloud identity solution that I help manage at Esri. MFA and MFA education is a key feature of Okta. In November I was honored to be presented with the Okta Atlas Award at the Okta user conference in San Francisco. Grade: #epicWin

Get more involved in the Shopify community

In 2013 I went to the first west coast Shopify meet-up and absolutely loved it. A few months into 2014 a Los Angeles Shopify meet-up group formed. I had the pleasure of  speaking about SEO and my upcoming book at one of the first meetings. You can see my presentation here. Grade: #win

Continue to automate more of my income

With the growth of my apps I was able to automate more of my income in 2014 than ever before. I’m getting closer to that 4-hour work week. Grade: #epicWin

Continue to pay off more debt

I read a great book called “I will teach you to be rich” by Ramit Sethi. It was one of those books that hit me hard. I’ve been following some of his advice and am working my way towards a debt free lifestyle. I’m using more automated tools to make that happen, and it feels great. Grade: #win

Continue to delegate more of my tasks

This is something that is really hard for me. I’m going to be honest on this one and admit that I just need to let go of somethings and trust others to help me. Grade: #fail

Finish and publish my SEO book

I knew that was on the list for 2014 and I really wanted to get it done. In August I really buckled down and started working hard on the book. The writing process was tough but was nothing compared to the editing process. My editor really helped refine the book into something that I’m truly proud of (thanks Rhian!). On December 29th 2014 I finished my first book. It’s been an amazing journey that has pushed me and forced me to grow. The book is in the publishing process and will be available soon. Grade: #win

Expand my SEO offerings to clients

Man, I totally blew this one. I had a Tesla model S lined up to rent but I never pulled the trigger on it. I guess I’m going to have to move this one to the 2015 list. Grade: #epicFail

Have a  conversation with Kevin Rose, and Tim Ferris

This is another one that didn’t happen for me, then again I didn’t really try hard for it. I did have a few twitter exchanges with Kevin Rose this year but I’m not counting those. Grade: #fail

I’m proud of this one. This year I was able to contribute more to charitable causes than ever before. One of the charities that really grabbed my attention this year was The Pratyasha Foundation. My friend Kristin lives in India and started this non-profit to provide food, health care and hope to children in the slums of India. Money donated to them goes directly to the children. I encourage you to join me in supporting Kristin in her efforts. http://thepratyashafoundation.org. Grade: #epicWin

Over all 2014 was a hard year for me. It was a time of growth and change – becoming more of a grown up. Change is never easy. Despite the challenges I was able to accomplish most of my goals in 2014. I’m looking forward to the adventures  that 2015 holds as #jacksonHighland grows up and as my wife and I welcome our second son into the world. 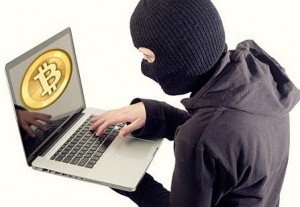 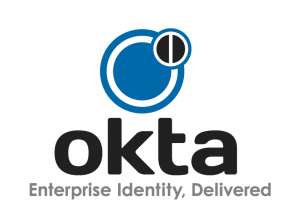 I’ve worked at Esri for 13 years, and I’ve had this blog for over 10 years. Despite those facts, I’ve never blogged about my job. This post will venture into some new territory, and with that I would like to state that the postings on this site are my own and don’t necessarily represent Esri’s positions, strategies or opinions.

In February 2013 I took on the role of Identity and Access Management (IAM) Team Lead at Esri. The teams focus was on consolidating user stores and account systems across the enterprise. Along with consolidation, improving the end user experience and hardening security or both internal staff and external customers was also key. Very large goals.

Enterprise identity management is difficult. It’s a balance of IT infrastructure, user account management, and security. In today’s world we all know the problems that happen when one of those areas is compromised and user accounts or data is leaked.

My team reviewed many IAM solutions, and ultimately selected Okta. It’s been an awesome experience. There is only a hand full of companies that I’m a complete fan boy for, and Okta is one of them – along with Shopify and Apple.

I feel that Okta has help me change our Enterprise IT for the better. It’s allowed us to be more agile and enabled better collaborate with our colleagues around the world. Our needs have pushed the Okta platform into some new areas, and Okta staff has always been there to support us. We have grown together.

Last week Okta held their annual conference – Oktane, in San Francisco. As part of the keynote presentation Okta presents awards to recognize organizations and individuals that have taken major leaps into the Okta platform.

“The Atlas Award celebrates the customer teams that have effectively extended Okta and are “doing it all,” this award is given to those who take all on their shoulders like the primordial Titan, to cover the identities of their employees, customers, partners or other external users alike.” 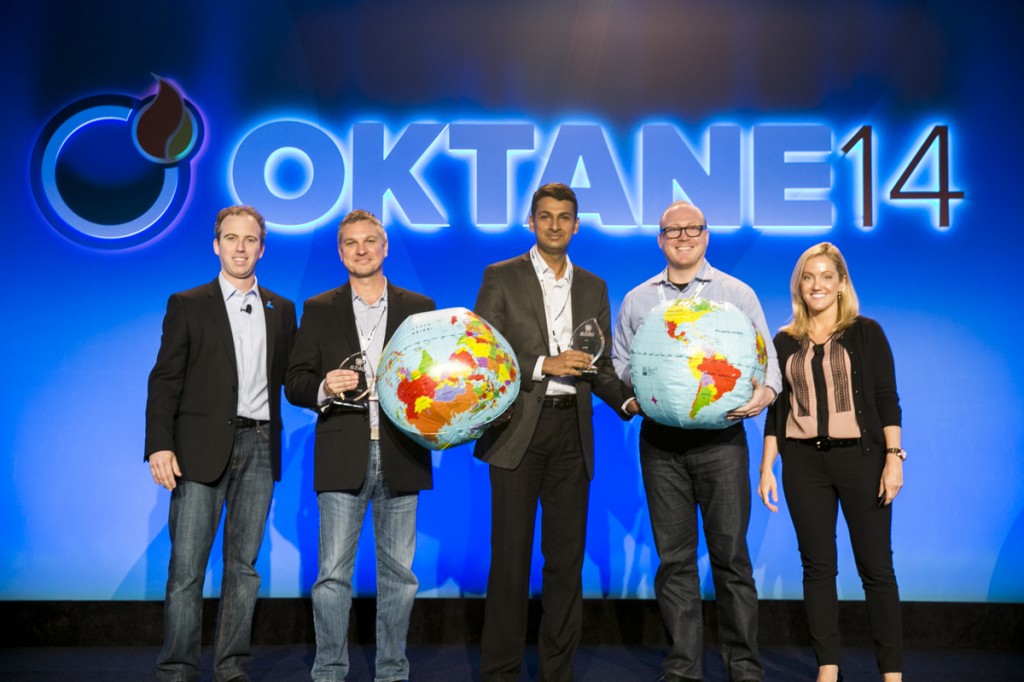 I shared the award along with my friend and teammate from Esri, Ramchand Rao. Gaston Zilleruelo of Amway was also presented with the award.

Ramchand and I may have accepted the award on stage, but it also belongs to the other members of the Esri IAM team, Aaron Asencio and Alagukannan Alagappan. We’re a small team but we’ve pulled off some amazing things together.

I truly think that cloud Identity and Access Management is the future, and Okta is leading that charge.

You can read more about the Okta conference and the winners of other Okta awards here – https://www.okta.com/blog/2014/11/celebrating_customers_partners_oktane14/ 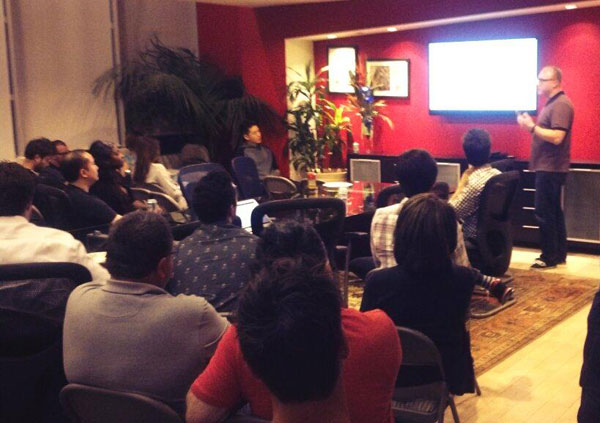 On August 21 I had the distinct pleasure of speaking at the Los Angeles Shopify Meetup hosted by BootstrapHeros.com. My topic was on Shopify and SEO, specifically quick tips for success.

I’m currently writing a book dealing with Shopify and SEO, so the meetup was a great place to beta test some of the material from the book, and to promote my latest Shopify app, Social Share Manager.

The event was awesome. I love connecting with other entrepreneurs and passionate people. One thing I can say that that Shopify store owners are motivated and dedicated. Every shop owner I spoke with was selling something different and faced their own challenges, but were determined to be successful.

I’ve posted my presentation below. If you have any questions or comments on the slides, please leave a comment.