When I was a little kid, I’m talking about 5 or so. He gave me my first computer. The year was 1984, and I have never been the same since. 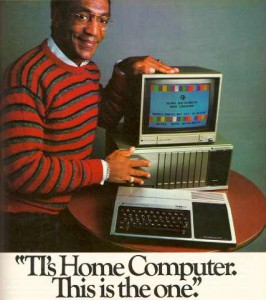 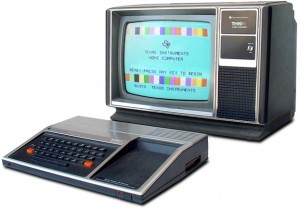 The TI-99/4A computer was basically a keyboard that took cartridges, and hooked up to a TV. No internal storage, no file system.  Nintendo hadn’t come to North America yet, and the TI had games, the main reason I started to love that computer. I spend hours in front of that thing playing games like TI Space Invaders, Pole Position, Adventure, Munchman, Tombstone City and a bunch of other games I can’t think of right now, I just remember that they were awesome. 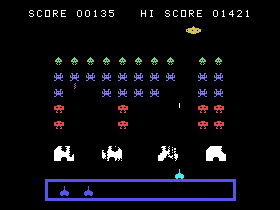 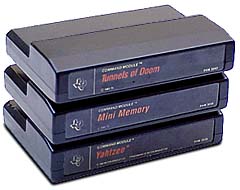 The more I played the games, the more interested I got in computers in general. For about a year straight I think I played those games non-stop until I dominated them all. As I played them, I wanted to know how they all worked, and why they worked. My grandpa had been given a TI computer also (actually every household in our extended family got one, my Great Grandpa literally had a truck load of these things). My Grandpa had some games for us kids to play, but he also had more grown up software, and hardware.

One of the things that my grandpa had that I didn’t was the TI-Program Recorder! The program recorder was an analog cassette recorder with special connectors that would hook up to the computer, so you could save the programs you wrote in TI-Basic. The recorder was amazing at the time. Since the computer had no internal storage, It had to save any data to the tape in an audio format. It sounded like a modem making an extra long call (music to my ears) when then data was being read or written. 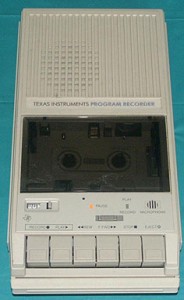 TI-Basic was a programming language/application that allowed you to write your own programs. I was fascinated by it. When I was 7, I started to read my grandpas “Beginners Basic” book. It had a bunch of sample code in it. I remember pouring over that book for hours on end. I even used to bring it to school with me (my nerd career started early i guess). 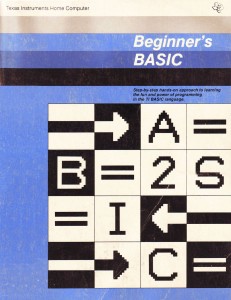 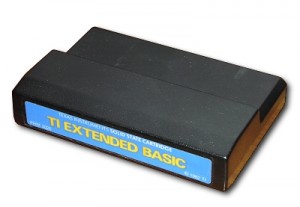 I loved video games, and I was reading the TI-Basic book because I wanted to know how they worked. At age 7, I decided to write my very own game. I don’t really remember the exact details of it, but I remember working on it day after day. When I got out of school, I would beg my mom to take me over to my Grandpa’s house so I could work on it. I forget the details of it, but it involved driving a car, and I thought it was super fun to play and modify. The year was 1986. I was on top of the world.

1986 was also the year that Nintendo came to North America. Compared to NES, the TI games were totally lame, including my home brewed car game. Since I used the TI-99/4A mostly to play games and the NES was way sweeter, I soon forgot about the TI and it soon faded out of memory.

Fast forward to today. Its 2008, 24 years. I am still a fan of video games, but more so, I love programming and technology in general. I went to college for computer science and programming, and I have been working 10 years now as a professional programmer. To think it all started with a Christmas gift from my Great Grandpa, and the direct encouragement from my Grandpa. Both of them are gone now, but I think they would be proud of me, and the things I have done with my life and computers.

The real point of the blog posting is this:
Not to long ago, I was going through an old box of things that belonged to my Grandpa, and I came across this: 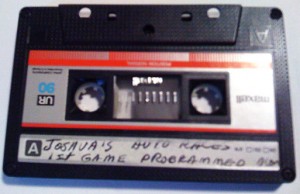 It’s the audio cassette tape that I kept at my grandpas house, the same exact one that I used to save my car game to when I was 7. It even has my Grandpas hand writing on the label, “Joshua’s Auto Races 1st Game Programmed Alone”.

I’m not very sentimental when it comes to possessions, but I’m glad that I have this tape. I’m going to frame it and hang it next to my diploma. As lame as it might be, its probably one of my most treasured belonging. Sure it’s my first program, but more then that, I love the fact that of everything I ever made as a kid, my Grandpa hung on to this for 20 years.