Yesterday spore was released. I have been waiting for this game for years, literally. Mostly because I wanted to see what the hype was about. I am a casual gamer. I got into computers through games, but I don’t have time to play them for days on end like I used to.

If you dont know what spore is:
Spore is a multi-genre massively single-player online game. It allows a player to control the evolution of a species from its beginnings as a unicellular organism, through development as an intelligent and social creature, to interstellar exploration as a spacefaring culture. It has a massive scope, and is very open-ended. Basically no two people will ever have the same expience with this game, and its completely different frm any other game you have played before.

Riding on the hype of the game, I secured a copy and installed it. Before I could start playing spore, it made me update my nvidia graphics card drivers. Odd, but ok. After a quick reboot, I was up and playing. Instantly was blown away with the visual intensity of the game. It was very easy to figure out and learn to play right away with out any primers needed.

I selected to be an herbivore (I am a vegetarian you know!). I started off as this little swimming creature, hanging out and sucking up plant particles in the water. After I ate a few, I grew, well… actually the world got bigger. Everything that was around me in the water got smaller, and faded to the background. I was in a larger class of organisms now. This continued until I had acquired enough points to mate. This is where the game gets wild. I was able to design a new creature, selecting the body shape, orientation of the tale and mouth (In my case I had 2 mouths and 3 tales!). I also grew horns so I could ram other creatures trying to eat my veggies! Once the design was done, I got to play as that creature. Amazing. 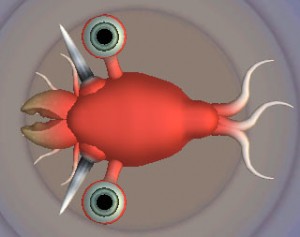 After being in the water stage for a while, you grow legs and come onto land. I could go on and on about this game, but to sum up the land stage of the game, I grew taller, got gnarly claws and spikes. I had a sissy mouth (duck bill) for biting things because I was an herbivore (a decision i had made in the micro organism stage). I grew thick skin to protect me. I started to hunt in a pack, and I killed everything that was in my path. I could have made friends and built up relationships with the other creatures, I actually did that once, then I ripped them to shreds with my gnarly claws and duckbill. 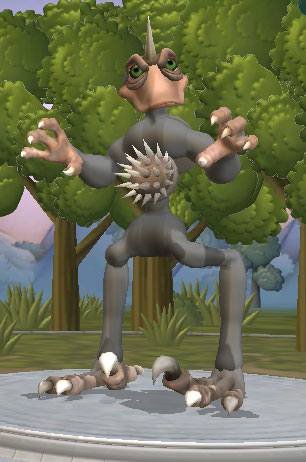 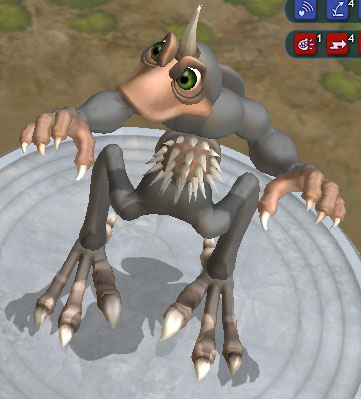 That’s how far I am in the game right now. I’m totally amped on it. From my understanding my tribe will become a society, and keep evolving and eventually be able to travel through space to other planets to set up trades and relationships with other cultures, or most likely in my case, freely handout beatdowns with my duckbill and raptor claws to anyone who wants some.